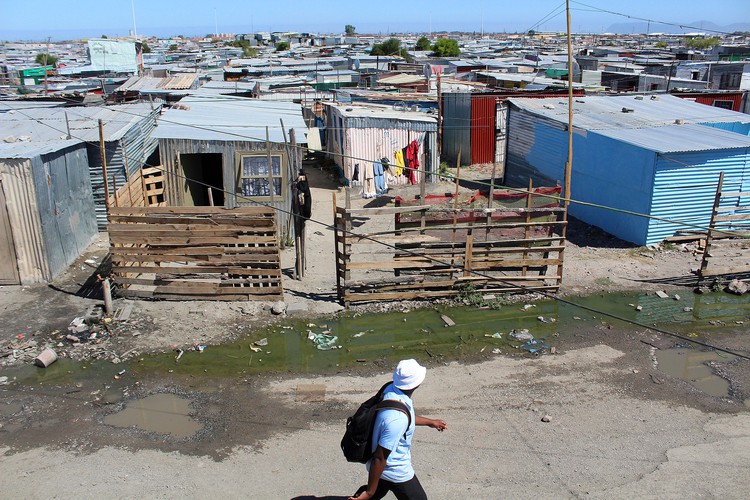 A state of asymmetry relates to perceived or real imbalance between the mine and its host communities. Examples of asymmetry include commercial and political power; wealth and income; network efficiency and reach; access to information and resources; opportunities to enhance income; and ideology and freedom of choice

Asymmetrical relationships often exist between mines and host communities. Despite the mines alignment with requirements of the Mining Charter and local governments’ integrated development plans to deliver on programmes such as infrastructure and basic service delivery, the asymmetry manifests in persistent social dissatisfaction. For instance, since 2016 over 400 incidents of unrest occurred in South Africa’s Eastern Platinum belt, severely impacting mining operations.

“Clearly, current interventions do not address community members’ aspirations and expectations” states Liesel Kirsten, Managing Director of CanPro, who was invited to present at the Development Partner Institute’s (DPI) Global Dialogue on Diversity and Inclusion in Chicago on 25 September. “Considering the adverse impact of social dissatisfaction on mining operations and the high probability of occurrence it is crucial to improve relational symmetry between mines and their host communities.”

Kirsten explains that a state of asymmetry relates to perceived or real imbalance between the mine and its host communities. Examples of asymmetry include commercial and political power; wealth and income; network efficiency and reach; access to information and resources; opportunities to enhance income; and ideology and freedom of choice. She further elucidates that asymmetry is perpetuated when community members remain locked in a state of continued dependence on the mine, with limited prospects for development and improvement.

“The consequences of the asymmetry may be invisible, such as where personal resentment exists due to a community member’s personal aspirations not being met; or overt in the form of community unification against a common ‘enemy’ resulting in conflict with the mine and ultimately rendering the mine’s continued, stable operation a fragile affair”, says Kirsten.

Considering the investment being made in the operation itself, it is necessary for mines to invest in improving relations with each member of the community, and to do so in a meaningful way. For the most part, what constitutes a meaningful investment is not vastly different from community to community. Humans all aspire to mobility, certainty, variety, significance, connection, growth and contribution.

Providing each member of the community access to and participation in the digital world, offers opportunity for increased physical symmetry between the mine and its host communities. To enable participation of learners, work-seeking youths, women, entrepreneurs or the community at large, with access to the virtual world, CanPro developed a digital platform and intervention programme.

The programme combines a range of technologies from hardware (internet access via WiFi hotspots), software (community specific Portals) to know-how (activation) by digital trainers contracted and managed by means of CanPro’s WorkPro application.

Integration between the community portal and the WorkPro application generates data that the owning mine can access via a dashboard, to monitor the uptake of the different features, get to know the community better and interact on equal footing with the community.

The proprietary community portal facilitates multi-dimensional relationships and instant interaction. Users access online recruitment and e-learning opportunities as well as e-registration and e-information for different services. The Portal can be customised to build competence in specific areas such as health and safety awareness. The Portal also provides access to a wealth of online resources suitable for all ages and needs, including those designed to empower females and marginalised groups.

The programme is already touching the lives of 150,000 community members around Ivanplats mine in Mokopane in South Africa’s Limpopo Province. According to Ms Kirsten this programme has become a case study on how to address imbalances, establish meaningful relationships as well as establish a mining legacy which can transcend economic dependence.

Within one year of Ivanplats introducing the programme to six host communities, the Bonega Communities’ Trust voluntarily partnered with the mine to digitally activate the remaining twelve communities that were initially not included in the programme.

Kirsten says: “This significant partnership as well as the minimal social dissatisfaction indicates that digital activation of mining communities is a key stimulant of improved relational symmetry that leads to increased independence, trust, commitment, collaboration and communal stability.”